As even a flexible wing suffers a mass penalty (less than that of a rigid wing but not negligible) as its surface increases, we will still remain optimistic by evaluating the m² at 20 euros.

That is about the price of a complete 1 MW wind turbine.

This gives an idea of ​​the way to go, the other elements not even being taken into account in this rough calculation.

As even a flexible wing suffers a mass penalty (less than that of a rigid wing but not negligible) as its surface increases, we will still remain optimistic by evaluating the m² at 20 euros.

The wholesale cost of 70 denier ripstop nylon is presently about 2.0 €/M2. The cost for the kite is therefore mainly manufacturing and assembly. I therefore think that a more reasonable 20 yr cost would be about half or 10 €/M2.

In contrast let us compare to an advanced Kitewinder system with a lifter kite of the same area. A static lifter should have increased life over a power kite and construction costs are much less. The turbine(s) will be oriented to face the wind eliminating cosine losses. This system will operate at higher wind speed due to higher altitude; say 12 m/sec with an estimated 70% increase in power. Combine this with continuous operation and I would estimate that we therefore expect a 20 yr expenditure of about €700,000 or $840,000.

The wholesale cost of 70 denier ripstop nylon is presently about 2.0 €/M2. The cost for the kite is therefore mainly manufacturing and assembly. I therefore think that a more reasonable 20 yr cost would be about half or 10 €/M2.

Yes, but scaling up leads to the requirement of thicker and stronger fabrics. It is the reason why I roughly evaluated for 20 euros/m². In fact that can be more for a crosswind use, given the high constraints during operation, comprising the wearing yo-yo phases.

Basically I think your message is relevant. Another advantage of a static system is the possibility of a higher elevation angle (above 50 or even 60 degrees against 30-35 degrees for a crosswind flight) and a safer use.

A turbine lifted by a kite could be both the simplest and most promising AWES as its Power to space use ratio could be more effective, but unfortunately its potential is very low.

Perhaps it can scale by being implemented in networked systems (in order to avoid collisions between unities), using the bumper car mode, but the low potential would remain, and also it is for another topic.

Basically I think your message is relevant. Another advantage of a static system is the possibility of a higher elevation angle (above 50 or even 60 degrees against 30-35 degrees for a crosswind flight) and a safer use.

The problem is that kite lift force decreases at high tether angles. We therefore require a larger area kite. Is there a source where I can find an analysis of tether force as a function of tether angle, wind speed and kite area?

tether force as a function of tether angle

See also on the link below then on request button:
https://www.researchgate.net/publication/324134940_Analytical_Tether_Model_for_Static_Kite_Flight 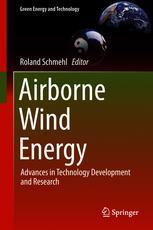 The use of traction kites as auxiliary propulsion systems for ships appears to be a high-potential alternative for fuel saving. To study such a system a tether model based on the catenary curve has...

I therefore think that a more reasonable 20 yr cost would be about half or 10 €/M2.

Indeed that could be the wholesale price for a flexible wing of type NPW NASA. Today 1 euro = 1 dollar. If NPW lifetime is one year (perhaps more if fabrics progress, perhaps less in current conditions), and without too much maintenance, a competitive Capex is not impossible compared to that of a regular wind turbine (price and maintenance), concerning kite vs rotor elements. Indeed the price of NPW kites for 1 MW would be about $35 000, so less than the maintenance cost per year of a 1 MW regular wind turbine, which certainly concerns the complete turbine, not just the blades. 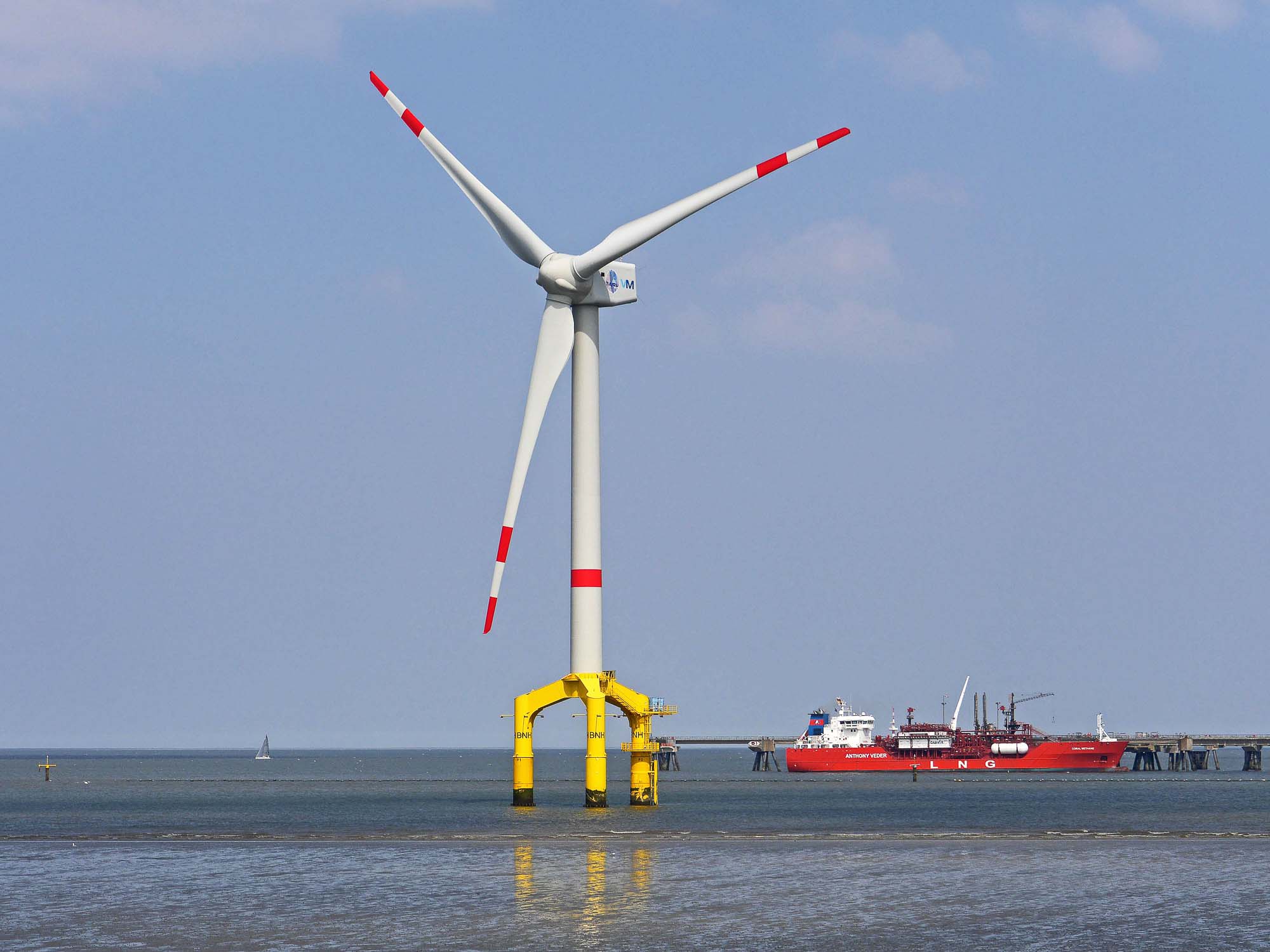 Wind Turbine Cost: Worth The Million-Dollar Price In 2022?

Multimillion dollar price tag? Huge wind turbine cost a good investment? Do they really pay for themselves in 2022? How much power do they produce? Answers here

Once built, maintenance is an ongoing expense.

The current dollar/Euro ratio is 1:1
https://www.google.com/search?client=firefox-b-1-d&q=euro%2Fdollar

I’m not claiming to be an expert here, but my home has become a depository for old hang-gliders, including a couple of Wills Wing T-2 competition gliders. I get them because I have room to stack them up indoors, protected from the elements.
From what I am told, hang-glider wings are good for about 500 hours before they need new sails. Some pilots try to stretch that time, often having old sails ripping and developing beginning tears in flight. And even regular hard wind turbine blades require repair of eroded leading edges in ten years or so.
The biggest issue with hang-glider cloth sails is UV from sunlight weakening the fabric, plus flapping and bending around.
SO we’ve had a lot of discussions in the past about ways to protect cloth wings from UV, which could get us past a few hundred hours of operation. But we don’t even get to the point of addressing the erosion issue, which starts to become a factor when we get into faster blade speeds, and the thousands of hours of use scenario.
I know when I fly typical low-cost big kites here, you can discern damage and degradation after only a few hours in the sky. I think sail lifetime will be a big factor in longevity of soft kites for energy production. The regular wind energy and aviation industries have moved beyond cloth sails for most serious, high-performance projects.

Or is the word “repository”?

hang-glider wings are good for about 500 hours before they need new sails.

500 h is also the expected lifetime for a paraglider.

Also in my last post I added wind turbine maintenance. That said the lifetime of flexible wings is a real issue.

How Long Will My Sails Last?

Cruising sailors demand durability. Yet, durability is not an easily quantified element of sail performance. Predicting durability is a tough challenge because sails are subjected to so many different forms of use and conditions. That said, the most...

Charter fleets expect 2 – 3 years of use from basic woven polyester sails, which translates to about 1500 – 2500 hours. After 2,000 hours these sails are typically considered worn out.

And even regular hard wind turbine blades require repair of eroded leading edges in ten years or so.

I couldnt resist throwing in an observation I did in a factory that was milling a material to finer sizes. The mills were steel but covered by a soft rubbery film. Apparently the rubbery film was not affected by the grinding of the product (which has several uses one being grunding equipment). Anyways it makes little sense to blurt this out, probably a lot of people have thought hard about these issues before. And yes, some others have also had this thought. Not saying it is the best option, though the nugget of information may still be amusing for some of you (kPower «group» / JAL laboratory comes to mind, being at the forefront of everything AWE).

Who knows, maybe this kind of polyurethane coating could be useful for soft kites also?

I believe polyurethane is the material skateboard wheels are made of 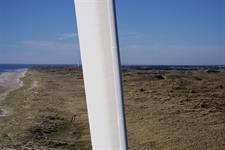 Hi Tallak: There are two (2) approaches to leading edge protection:

Leading edge tape is soft PolyUrethane, as far as I know, and lasts maybe ten (10) years or so. The Bergey turbines traditionally used leading edge tape. It can fail in as soon as a few months in the North Sea. Here in the dusty desert it can last several years, but one high-wind rain or hail storm can chew it up really bad, then erosion sets in. Looks like your leading edge has an infestation of termites. And if one little corner or edge of the tape peels free, the turbine will sound like a Huey helicopter landing in your backyard, or a freight train. Yes it is ridiculously loud!

My latest rebuild of a Bergey here replaced the Polyurethane leading edge tape with a pyro-fessional 2-layer epoxy system for wind energy, with the first layer being a 2-part high-modulus epoxy putty, and the second layer being a 2-part high-modulus epoxy paint. So far, so good (I guess) but you can’t really tell looking up at it in a 120-foot tower. For now this latest rebuilt-by-me turbine is not unusually loud.
Bergey started offering screw-on stainless-steel sheet-metal covers for the leading edges, for the North Sea (island) locations and anyone else who wants them.
Personally, I think someone should have a leading edge protection system that actually works by now. But hard to tell until it has been in service for many years. Anything at all will appear to work at first. It’s what happens after a decade that really matters.

I wonder if the lifespan of an NPW or another type of flexible kite is really an issue.

As long as one assigns AWES to high altitude wind energy (HAWE), one should know that they will be more expensive in total than conventional wind turbines. This extra cost may not be a problem since HAWE would not be otherwise exploitable. It is therefore an additional resource that would be added to the energy mix.

@PierreB
Sounds like creative accounting.
if putting the AWES to altitude prevents other wind installations,
Their loss should be accounted for.

It is therefore an additional resource

On the other hand, if AWES were be intended to exploit the same winds (below 200 m) as HAWT, they apparently would become cheaper, but never competitive with HAWT.

So, in any case, AWES will not replace HAWT.

Who knows, maybe this kind of polyurethane coating could be useful for soft kites also? 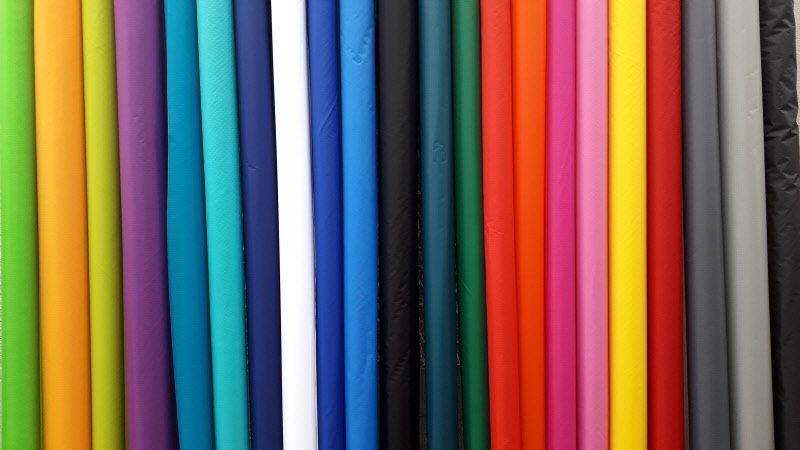 Considering the total weight per m² (48 g), the polyurethane coating must be extremely thin. A much thicker coating would be required, AWES quality.

A coating to protect against UV light would be helpful. Boring old paints might help. Also as discussed since the newborn baby years, airplanes with clothe coverings have paved the way for what works and does not work. Aluminum particles in paint have been one answer. Titanium oxide? Anyway, it’s a fairly mature technology, with many options.