A parachute game is something like Amazon.com : Parachute Game.
It is not expensive.

I wanted to transform it into a parachute kite. I put two groups of eight double (= 16) suspension lines then two lines allowing the control of the altitude. But this parachute kite is not stable enough.

If I can control the stability, both longitudinal and transverse, it might make a good parachute kite for a kite-reeling (yo-yo) system. After perhaps it would be suitable for a not advanced kite network. Perhaps some other static kites could allow the same. 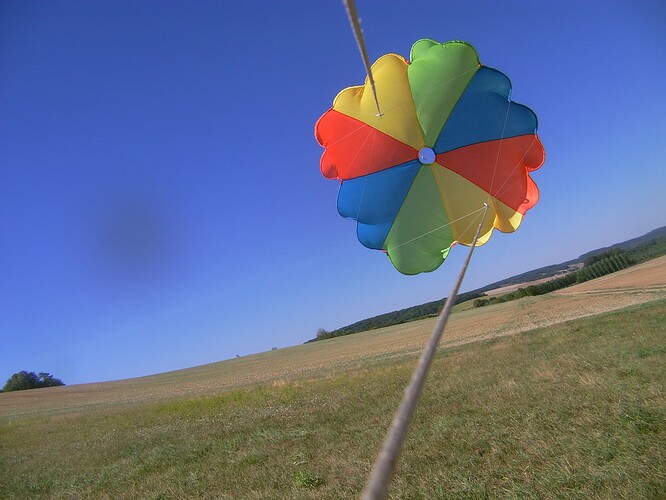 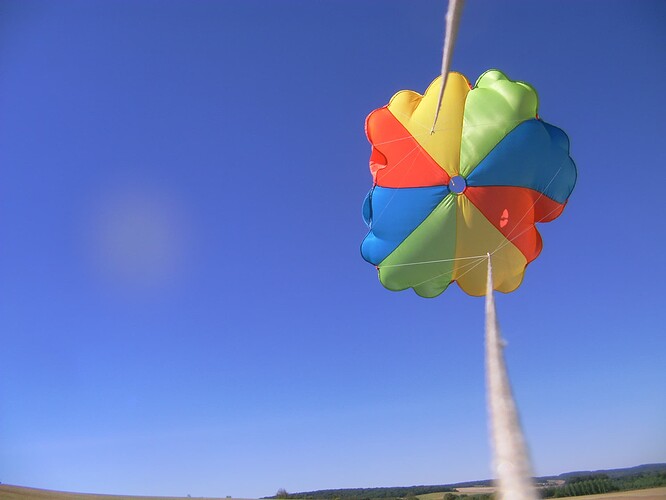 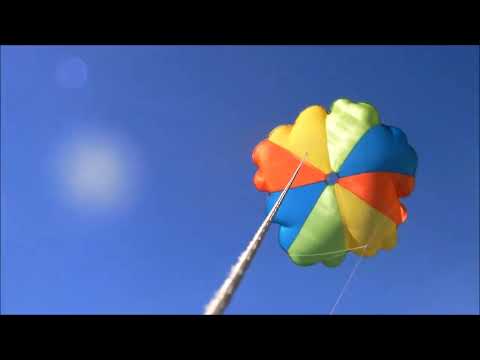 Let’s imagine for a moment the cost of these cheap parachutes and compare them with the cost of a 2 MW (from about $1.3 million to $2.2 million per MW) wind turbine rotor blades (22.2%).

If all goes right, about 40.000 m² of parachutes would be required for 2 MW. If parachute games are used, the cost is about $ 1 to 2 per m². If we consider changing the parachutes every year, we will have a LCOE perhaps lower (by a little, or clearly by taking account of Operation and maintenance runs an additional $42,000-$48,000 per year for the whole wind turbine) than that of a rotor and its maintenance. But if more suitable parachutes like this are used, the cost per m² is 10x or 20x, probably just like LCOE.

So parachute systems could be interesting if the cost per m² of good kites is that of parachute games…
A specific advantage of parachute (and other static or aligned) kites is its ability to fill the space, being in networks or in AWES farm in bumper car mode in order to reach a higher Power to space use ratio.

In these conditions we can understand that @tallakt would prefer to focus on profiled tethers for rigid wings…or @Kitepower going to flexible crosswind kites.

In these conditions we can understand that @tallakt would prefer to focus on profiled tethers for rigid wings…or @Kitepower going to flexible crosswind kites.

Hi. I just didnt really jump down the rabbit hole of large kites. My recent focus on rotary kites required efficient wings, so only an efficient soft kite like a paraglider could be considered in that context.

I would be interested in knowing which LCOE you arrived at for a 2 MW system. You seem to have collected much data but no final calculation. So its hard to conclude if this looks good or bad

I only took into account the kites by comparing them with a wind turbine rotor. However, these represent only a relatively small percentage (perhaps 20%) of the cost of the whole wind device.

On this item of expenditure one can imagine that the cost and the LCOE of parachute kites would be perhaps interesting if it were (per m²) that of parachute games (1 or 2 $) and prohibitive for parasails (about 10 or 20x).

You seem to have collected much data but no final calculation

A final calculation is not even possible: nobody knows how long the kites (especially flexible ones) will last during a continuous operation. 1 year seems to me to be an optimist estimate, even for a parachute kite.

After some investigations, I saw that the Power Harvesting Factor ζ of a parachute kite would be 1/10 or 1/15 that of a flexible crosswind kite of type Skysails or @Kitepower. The expected advantages such like opportunities to bring units together would be cancelled by the requirement of stability, leading to additional devices (holes, nozzles) which increase the cost (an ascending parachute is not so cheap) and remove isotropic features.