Of the 350 antonyms available to mean the opposite of advanced… Why choose retarded?
Every AWES is retarded.
Retarding is the job of tethers.
Holding aerodynamic surfaces back against progress.

Those are the kind I like to work with

I would prefer to focus on the content published under the title of “Advanced Kite Network (AKN)”, not the title itself. And also certainly @Rodread conceived Network Kites and Daisy network kite rotors, but I think the question is not there in first. 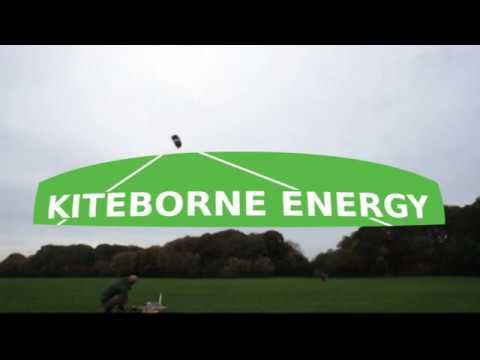 AKN intends to multiply anchors in order to face all wind directions. My main question is:
isn’t the whole thing too hampered by the multiple tethers and pulley passages respectively causing drag and friction, to be able to move crosswind fast enough, even staying on a modest lift-to-drag ratio base of 3 or 4?

That said I would like to praise Dave Santos’ lucidity, who points out the objectives to which AWE should assign itself (higher, bigger), and which are materialized in this study by a flying set of dimensions superior to the length of the tethers, whereas usually a relatively small kite is meant to fly at the end of a relatively long tether, which leads to a too low Power to space use ratio.

Of the 350 antonyms available to mean the opposite of advanced… Why choose retarded?

Hi Roddy: If you are adjusting the timing on a car engine, the two directions are called “advanced” and “retarded”. This is pretty standard terminology. Nobody would say the timing varies from “advanced” to “unsophisticated”. Nice try though…

My point is the ongoing character of AWE efforts, always putting the cart ahead of the horse, always seeking to claim success, without the unwanted trouble of actually succeeding.
To start proposing more systems of interconnected kites, and call the proposals “advanced”, would seem (to me anyway) to be applying an unproven complimentary term to the raw idea of connecting kites. Whether there is anything “advanced” remains to be proven. Meanwhile, why use the term “advanced”. Seems similar to comparing onesself with “Einstein”. It’s just one more way of watering down progress until we are patting people on the back for just “saying things”, with not only zero results, but zero attempts, with the supposed results already “acknowledged” (Wow, these networks are REALLY ADVANCED!) before any such results have materialized. This is like calling someone an A student before class has even begun. Like I said, you might as well just say “highly-effective kite networks”. Are they “highly effective”? Nobody knows. So why say it ahead of the fact? If the kite networks were not “highly-effective” why build them? Because you don’t know if they are “highly effective”. So why say “highly-effective” if you don’t have any evidence? Again, it is claiming results before a single bit of evidence is in. 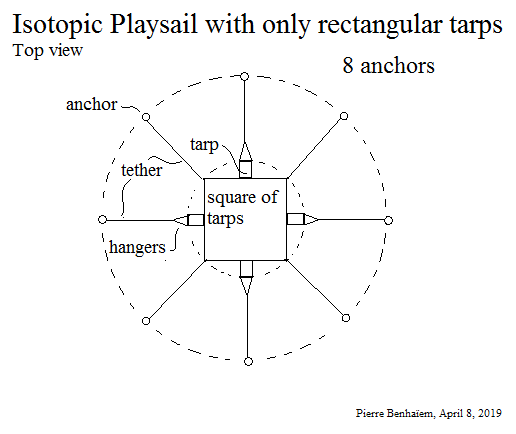 This looks like the figure 1 which is reproduced on https://forum.awesystems.info/t/advanced-kite-networks/2105/7: 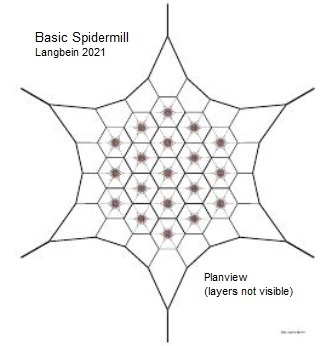 But for my idea there were no crosswind kite(s), only a squared area (a round area would had been really an isotropic shape) towing on the anchors in yo-yo mode, perhaps by short strokes, with the winches acting the respective generators, and having springs for tether recall.

I still wonder how a crosswind flight would be achievable and efficient by all wind directions, even by considering that each crosswind kite can be piloted to go everywhere, pivoting on its own mesh of the net, not to mention the complexity of the control in case it works as expected. @AweEnthusiast have you an answer about this?

It would be an interesting discussion if this took off (which is not happening in my opinion) whose idea this is. I recon your playsail has all essential features of the idea @PierreB

I recon your playsail has all essential features of the idea

Yes @tallakt , but only as far as the topology is concerned (to use Dave Santos’ word), not for the modus operanti. AKN works (?) like Payne’s patent US3987987 figure 5 but with 6 anchored pulleys instead of 2, in order to face all wind directions.

While the anchors of the playsail are fixed, AKN’s tethers slide through the pulleys, acting a generator as for the device on the video. The playsail pulls, while the kites of the AKN fly crosswind.

To go from the playsail to the AKN, replace anchors-generators by pulleys, then install power kites (not triangular sails but real power kites) on their respective meshes of net, allowing them to pivot. Otherwise the kite cells should also be shaped as isotropic forms. I see two major difficulties: the complexity of the set, and losses due to the friction in the pulleys, and also due to increased mechanical stress (6 pulleys in a circle instead of 2 aligned pulleys) during movement.

Before we start discussing what the problems are, maybe just make it believeable that this will work at any scale? Right now, this seems totally unrelated to producing power at reasonable LCOE…

I had a hard time understanding how it worked, and the further I went, the more problems I saw.

I will challenge the concept: How is it better than this with piezoelectric harvesting? 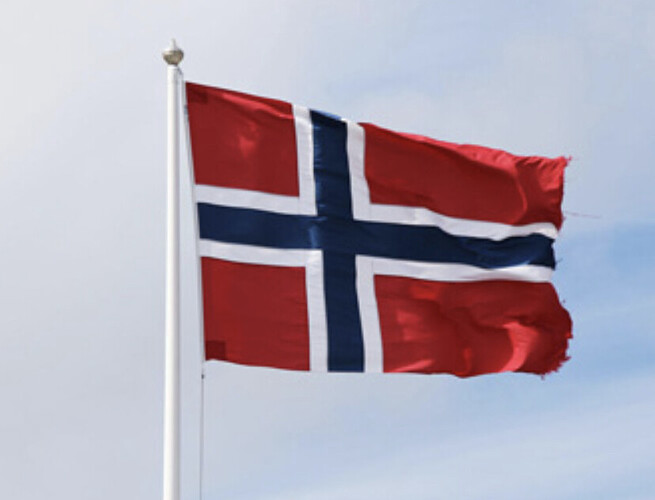 So this is actually the foundation of what we are discussing here?

a network of 19 circular sails with 30m diameter( 50 000 m2 in total), even with very low L/D, a power generation in the megawatt-scale can be safely assumed. This can be increased by one or two orders of magnitude by optimization of the aerodynamic properties of the sails, and by another order of magnitude by using multiple kite layers above each other.

Its like saying if you toss 1000 HAWT windmill blades, connect them with string, in the desert you get x GW output…there is no logical explanation for going from a huge kite network to electrical power on the grid. This to me seems to be the essense of what we are trying to do in AWE. It can not be glossed over like this.

I maybe should have not commented this given I have zero interest in this, and that the authors [of which there are four!?!?] are not able to answer. But then again, it would be wrong to let something like this stay here mostly unchallenged

The problem is we cant even debunk this, because there does not seem to be a single solid claim or explanation in here.

The other difficulty I had was trying to ignore excessive claims like the one quoted above.

a network of 19 circular sails with 30m diameter( 50 000 m2 in total), even with very low L/D, a power generation in the megawatt-scale can be safely assumed. This can be increased by one or two orders of magnitude by optimization of the aerodynamic properties of the sails, and by another order of magnitude by using multiple kite layers above each other.

I did not find this quote in the pdf. Please can you point to the page? Thank you.

Indeed page 13 of the pre-print, thanks.

2.5.8 Rough power estimate for a large-scale prototype
For a network of 19 circular sails with 30m diameter (50 000 m2 in total), even with very low L/D, a power generation in the megawatt-scale can be safely assumed. This can be increased by one or two orders of magnitude by optimization of the aerodynamic properties of the sails, and by another order of magnitude by using multiple kite layers above each other.

I would like to supplement some of the information in this study.

I would like to thank all the commentators of this topic, especially @tallakt for his expertise on the substance.

The larger of the two documents strangely reads a little bit like a patent. One of the four authors seems to be involved in patenting. Though it is submitted on Researchgate where one would normally find scientific papers?

Looking at the one author, Mr Langbein, he did submit a paper with some other authors earlier covering many of the graphic elements and the discussion of the Payne #5 concept. This one though reads more like a scientific paper.

The style of writing is so different though that I expect Mr Langbein was not very involved in writing the AKN (the larger) document.

In my previous comment I tried to be as factual as possible by mentioning the authors as they appeared on the two PDF (whose initial pages listing the authors speak for themselves) and on the corresponding ResearchGate (RG) pages.

Indeed RG is above all about scientific publications, but some technical documents such as patents can also be introduced. In my opinion the main criteria is if the scientific paper was peer-reviewed. I think it is the case for the paper you linked (Assessment of an Alternative Concept for a High-Altitude Wind-Power Generator) because it is an article that is published in a scientific journal as it appears on the RG page.

In RG, documents are classified into several categories, as shown in the page of research items of the profile of each author: Article, Chapter, Conference Paper, Patent, Data, Technical Report, Research, Presentation, Poster, Preprint… Generally Articles and Chapters are peer-reviewed publications.

Indeed the article you linked mentions Payne’s patent in the References.

In short, two pulleys-anchors are shown in Payne’s patent figure 5, three (to cope with wind changes) for the installation described in the article, and even more for AKN.

The trick @PierreB in my opinion lies in the spatial arrangement of the tethers differentiating mere anchor tethers from Power Generation Tethers.

@AweEnthusiast , can you please point to the page(s) and figure(s) mentioning and describing “mere anchor tether” and “Power Generation Tethers”? Thanks.

Re-edit: After thinking about it, it seems to me that the two are incompatible, because the mere anchor tethers would fix the system, preventing the “Power Generation Tethers” from going through the pulleys, as in Payne’s figure 5 or the three pulley-anchored system.

I think everyone here is having trouble identifying what is in AKN. That’s why I proposed to take the three pulley-anchored system as an understandable basis for a further study of AKN.

Not aware of any here. Just my thoughts, @PierreB .
I am aware Jalbert Aerology Laboratories is now in possession of some trove of AWE information pending patents.